In late 1982 Paul Simon and Art Garfunkel were completing the last leg of a very successful reunion tour, and there was talk of recording a new album together. Their on again/off again partnership was going through an 'on' stage, and fans were clamouring for a new record to follow the tour. It was never going to be an easy ride, as Simon had already written all the songs as a follow-up to his 'One Trick Pony' album, and as they weren't written with Garfunkel in mind, then he would have to write his own vocal parts to slot into the tracks. This took longer than expected, and Simon had already finished recording all his vocals before Garfunkel had even written his parts. Eventually recording began and continued throughout 1983, with Garfunkel adding his vocals to the mostly already completed songs. Things then took a strange turn, when in August 1983 Simon called Garfunkel to tell him that the album wasn't turning out as he'd wanted and that he was going to issue it as a solo album called 'Hearts And Bones'. He then set about meticulously erasing every note of Garfunkel's voice from the tapes, and 'Hearts And Bones' duly appeared in 1983, featuring all of the songs that they'd both worked on, but with only Simon's voice audible. The relationship was now 'off' again. All that remains of Garfunkel's vocals are some hard to find rough mixes, but it does hint at what the album could have sounded like, as nearly all the songs are radically different from the 'Hearts And Bones' versions, and although Garfunkel can't be heard on all of them, where he is evident then the old magic is still there. 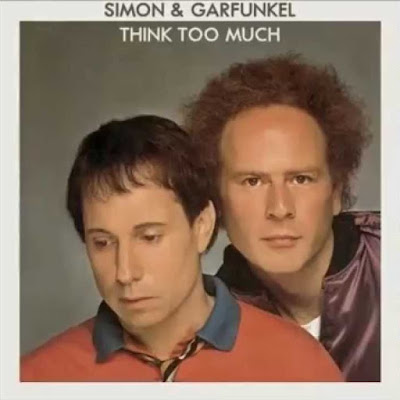 Oddly enough, I don't hear much of Art on the two tracks which everyone agrees he is on - 'Train In The Distance' and 'Song About The Moon' - but his contributions to 'Cars Are Cars' and 'Allergies' are unmistakable..