The Jimi Hendrix Experience began working on their fourth album during the last two weeks of October 1968, at an old rundown studio called TTG in Hollywood, where Jimi was also producing an album by Irish band Eire Apparent. Despite the party atmosphere and a host of groupies and musicians stopping by to jam, they did somehow manage to complete some recording. The tapes were then sent to the Record Plant in New York where they just gathered dust. and so here is an album made up of those somewhat chaotic sessions. If these tracks had been polished in the studio this could have formed the basis for a fourth Experience album, being made only six weeks after they finished working on 'Electric Ladyland'. It starts with a song that Jimi tried numerous times to get right in the studio but never captured to his satisfaction, 'Here He Comes', otherwise known as 'Lover Man'. The title track is next, and is actually a version of 'Red House', featuring Mitch Mitchell on drums and Buddy Miles on percussion. The explosive version of Van Morrison's 'Gloria' is a highlight, and remained unheard for over a decade until it was released as a bonus 7" single with 'The Essential Jimi Hendrix Vol. 2' in 1979. Another elusive track is 'Look Over Yonder', also called 'Mr. Bad Luck', as despite having already recorded a decent version back in May of '67, Jimi wanted to try again, possibly an indication that he was running out of new ideas. 'New Rising Sun' is a nice guitar piece that Jimi was working on, and which to my ears sounds very much like an extended take on the introduction to 'Angel', while 'Hear My Freedom' is another unstructured blues jam, and we conclude with the heavy and somewhat ridiculous 'Calling All the Devil's Children', one of the few songs that were actually completed at TTG.. This could very well have been the band's fourth album if they'd managed to get their act together and kept on at the Record Plant to do something with the raw tapes, but they didn't, and so only now can we hear what it might have sounded like. 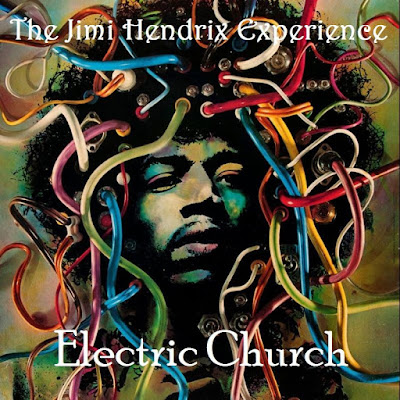 
From The Album Fixer September 2015.